Wow.  Almost two months since my last post.  Two strangish months during which I have felt like I have fallen off the mission wagon and yet have still put in a lot of reading and studying.

I think part of the problem is a lack of focus.  At the beginning of the year it was a case of head down, study for AWS certifications.  I had planned to roll straight into AWS Sysops but didn’t for two reasons.  Firstly I was  studied/exam’d out.  Secondly, I currently work in a GCP world and without any private AWS stuff going on was concerned that anything I learnt would instantly be forgotten through lack of use.

What have I done since last post?  Well, as per that last post, I attended a brilliant hands-on Kubernetes course (free!) run by Google and Jetstream.  I also attended the Pipeline conference which amongst other things has inspired me to do a talk sometime soon.

I have kept reading too.  I felt the need to finally read The Lean Enterprise.  It felt like a collection of ideas brought together in one place for enterprise level convenience – which was probably the point.  Some great ideas in it though.

I have also been re-reading Building Microservices – probably my favourite book since I started down this path, along with the DevOps Handbook.  I have probably read the former’s testing chapter three times.

So what next?  I have not got my hands dirty for a while.  Time to re-read Python books and build something.  I know I said that last post too.  I have also got an AWS Summit to go to.  There will also be more reading – a bit of this .  I am also thinking of revisiting The Art of Monitoring to find out if my “out of depth” moment comes a bit later second time around.

I have missed running.  Started again, very slowly.  Thought about blogging it -everyone loves a good exercise blog don’t they?  And then thought better of it.

Finally, many years too late I have discovered The Replacements.  Watch! 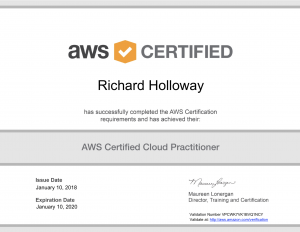 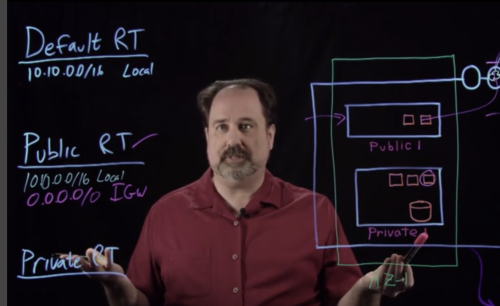 Blimey, I cannot believe it is almost a month since last post.  That’s what a holiday season does to you I suppose.

I have managed to spend a fair bit of time  working on my mission over the festive period.  I finished a very basic free Python book and have graduated to this.  (I like Python).  New book looks like it will lead me to Virtualenv and creating some basic hosted apps that I am looking forward to Dockerising.

What about Kubernetes?  Well I hit a few stumbling blocks.  One of which was cost, the K8s cluster suggested by my materials cost me about £100 per month.  Not the end of the world and I know I can stop and start instances  but still.  There were also some technical challenges that I am not quite ready to solve.

On a brighter note, I discovered that AWS Re:invent 2017 has lead to hundreds of podcasts with a wide range of engaging subjects.  That lead me to kook at a certification path which is the reason I will be doing a “Cloud Practitioner” exam this week.  I do understand why some people in the industry are distrustful of certifications – they can lead to a lead of a lack of variety in the skill gene pool – but this have given me a target and incentive.  I am going to try and climb the path to become an AWS Certified Professional DevOps Engineer before the end of the year.  That will show ’em.

It has to be the AWS Training and Certification bonus material videos by Blaine Sundrud.  The subnet, Bastion, NAT gateway networking chapter is the most useful and fun 10 minutes I have spent in my studying for some time.  (I cannot provide a link as it is embedded in the AWS Cloud Practitioner digital training materials – it is free.)

The AWS Re:invent 2017 podcasts can be found here in all their glory. 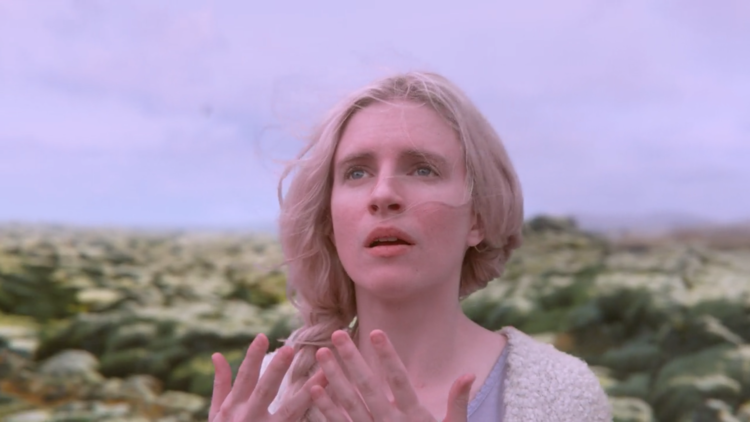 I loved The OA.  One of many idiosyncrasies is the great variations in episode running times, naturally supported by Netflix unscheduled TV.  It struck me that blog lengths could be the same.  So here is a short and sweet one.

Today, whilst being more or less snowed in, I finished The Terraform Book – both reading and working through it.  I am managing to get through these topics faster than before which is encouraging.  As ever, I got hit by a couple of issues listed below but worked out solutions:

Most of my work is now checked in here.

I think Kubernetes may be next (gasp!), or maybe a bit of Python.

Obviously after listing next areas of study in previous post, I would pick up something else entirely – Terraform. Back in James Turnbull land with this marvellous book. I had been looking at Ansible but was put off by all the Vagrant stuff which seemed too anti-container to me.

I have had some crunchy issues to work through. Frustrating at times but I have learnt a hell of a lot working through them – as ever learning a lot of newbie stuff on top.

One such lesson was what happens if you check your AWS access keys into a public Github repo. Turns out you get the attention of AWS and to a lesser extent Github pretty damn quick. Very impressive response particularly as I had no idea what I had done it initially.

As well as another lesson in just how easily an idiot can introduce a vulnerability, I had to figure out how to do the following to get back onto an even keel:

Big hugs to AWS for their response to this issue.

As the Terraform tutorial makes extensive use of Git, this has also been a great way to reinforce my Git skills.

I have realised I am in a space where I have learnt enough to be bold but not enough to avoid doing dangerous things. As with my Docker API faux pas, I am grateful I am doing this on my personal AWS account. Like Luke Skywalker in Empire Strikes Back taking on Vader before finishing his training.  Handy (haha) but ultimately doomed.

Not been great at sticking to this goal, but a colleague referred me to this – particularly relevant to recent work challenges.

Reading-wise, same colleague recommended the SRE book as a capacity modelling resource. He didn’t know I had a copy. Perfect opportunity to jump forward a few chapters to read about Intent Based Planning.

When trying to find Ansible learning materials that didn’t use Vagrant, I came across Udemy who had some Black Friday deals. I have purchased Kubernetes, Ansible and Python courses.

Bladerunner 2049. Just because. I probably love it for all the reasons others don’t.

Curb Your Enthusiasm. Makes Mondays worthwhile. Will miss it when it is done.

Noel Gallagher – Who Built the Moon?. I adore this. And I am not a slavish follower of all things Oasis either. I took my copy of Standing on the Shoulders of Giants back to the shop on the grounds it was pants.